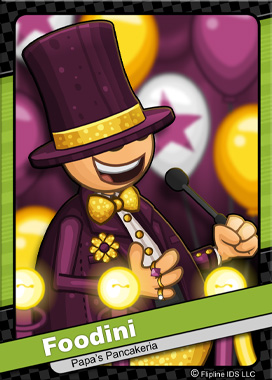 Foodini, is a magician that first appeared in Papa's Pancakeria. He hosts the mini games after each day where you can be awarded with a prize based on the theme of the game.

Retrieved from "https://papalouiecharacters.fandom.com/wiki/Foodini?oldid=5698"
Community content is available under CC-BY-SA unless otherwise noted.